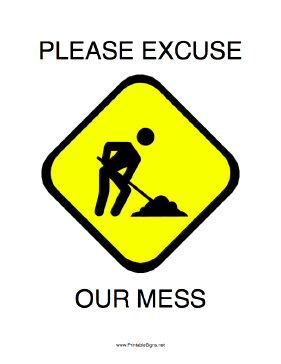 Lots email lately wanting to know about the sargasso situation in Costa Maya and Mahahual, which therefore means, it is time to do an update blog on the subject. The short answer is we have seen it much worse, like last summer. So far, the volume has been less, and with the knowledge we gained from last year, our current situation is manageable, at least in the downtown area.

The sargasso vegetation is coming from the same source area we talked about last year here, and following the same path the currents took it as well. The nutrient rich waters flowing from the Amazon River basin area is providing the higher temperature Caribbean waters with the needed ingredients to make the normal atlantic sargasso load grow much faster. Haven’t heard what forecaster think the water temperature will be this summer, but no reason to think it will be any cooler, so we might again see larger amounts as we get further into summer more.

There are really too many variables going into why we are getting this large influx of sargasso the last few years, and the discussion in the scientific community still seems undecided as to which is playing the larger role. And while the egg heads argue if it is more a water temperature issue, or a Amazon eutrophication issue, we get stuck with tons of the stuff, and the problems it creates for us “downstream”.

In Mahahual, so far this summer, our amounts have been manageable in the downtown area. In the remote areas though, almost any larger than normal amounts become a problem. The population density drops from about 100% in the town’s beachfront, to about 5% in the remote ares. Fewer people and businesses, mean fewer people to help clean it up, and the remote areas feel it worse. Government resources are small in a place like Mexico, so what help we do get, stays mainly in the town as well.

We’ve learned, both the government, and the local property and business owners, how to somewhat better deal with the problem. In the Riviera Maya area to our north, where larger resources are available, programs to use the product commercially have begun finally, but for a budget poor area like ours, that might be a while.

We’ve learned that in the downtown, our reef breaker about a hundred yards from the beach provides a stop for much of the sargasso, and moves the grass north and south to openings where it does come in, but is easier to pick up in a smaller area. Nets keep the grass somewhat under control too in town, making it easier for individual businesses to clean their areas. 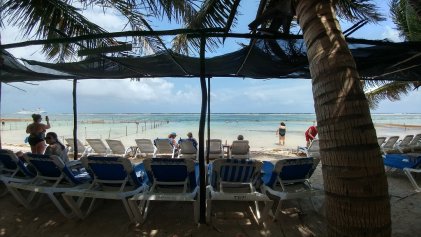 These photos were from last week, the first week of May, at the Tropicante. We had sargasso both days, but cleaned our area and the water was nice and clear. Almost all the downtown places clean their beaches every day, no matter how much comes, so there is little build up. 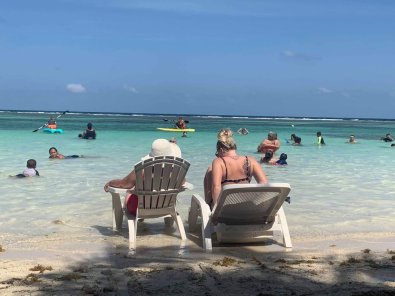 Often, when cruisers pull into the port area, they see the sargasso built up in the areas on either side of the port, and assume the entire area looks, and smells, the same, and then never leave the port. That is the exact WRONG thing to do! The area around the port is uninhabited, so it is not cleaned. However downtown, with diverting nets and higher density of businesses, does still have pretty clean beaches, and are well worth still coming to enjoy.

So far this summer, we have managed to clean the beaches each day and the visitors can still find clean and clear water in the downtown beach. It takes us more time most days, but we get it cleaned and our guests enjoy nice clear water. On bad days, there might be piles stacked in staging areas, waiting for machines to pick up and haul away, but even that the city has managed to keep clean before the town fills with tourists most days.

For now, if your are coming to a downtown beach location, you can still find clean beaches and nice water. The remote areas are beginning to see some build up, and with that build up comes all the undesirable effects. High tides and storms can push the build up far enough onto the beach it can dry out and be no problem, but the worse the build up, the higher the tide needs to be.

The good news is that the downtown beaches are cleaned, and visitors from the ships can still enjoy a nice day at the beach when they come to most of the downtown beach clubs. We’re working hard each day, but we’re getting it done. Hope to see you soon!!

Stuck in Paradise!
View all posts by talesfrommahahual →
This entry was posted in Mahahual News, Mahahual Visitors Manual. Bookmark the permalink.